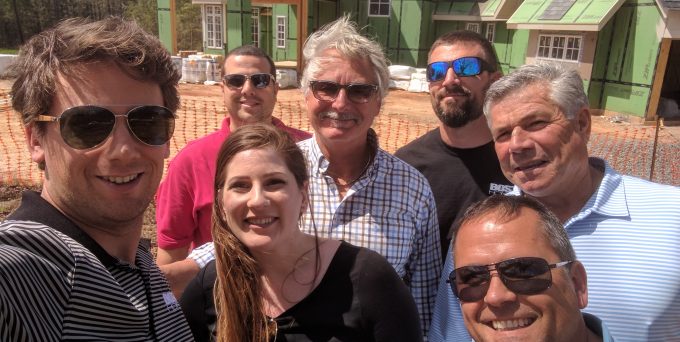 When we’re not busy designing a new dream home, implementing a change order for a client, or researching supreme building techniques and products, you may find us in a team building activity or raising money for a local charitable organization. Within the last month we’ve participated in a number of fun and philanthropic activities worth noting – here’s a rundown:

In early March the Bost Homes team saddled up and rode south to Deep River Sporting Clays for a little target practice. Building a top caliber custom home requires acute focus and accuracy to achieve the desired results; For this team outing we put these skills to the test on a very different challenge: skeet shooting! It was a chilled, blustery Friday, but that didn’t stop us from taking to the course with rented 12 gauge shotguns and 50 moving targets per shooter. Of course the cold wind gave some of us an excuse when clay pigeons hit the ground unscathed, but overall we did great considering that this was the first or second time shooting for many of us. 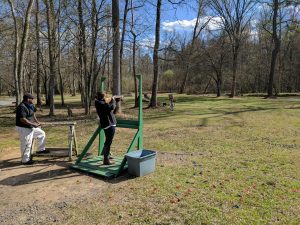 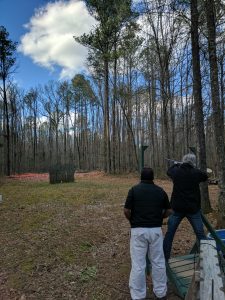 You can barely see the clay in the air against the background of the trees. No wonder they are so hard to hit!

We would all end up a little wind burnt and with sore shoulders from the gun’s kick, but overall this team outing was a blast! 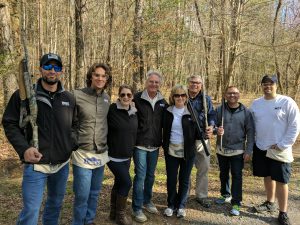 On March 21st members of Bost Homes and a handful of our trade partners attended the 2017 Blueprint Breakfast hosted by the Habitat for Humanity of Wake Co.  HFH Wake is one of the largest chapters of HFH in the country, with a multi-year waiting list of qualifying families in need of affordable, quality housing. The Blueprint Breakfast is an annual fundraising initiative with a 2017 goal of $300,000 to cover the construction costs of three new homes for local families in immediate need. We were honored to help Habitat achieve their funding goal by being a Supporting Sponsor and Table Captain of the breakfast last month. This is just a small part of their goal to build 60 homes in Wake Co. this year. 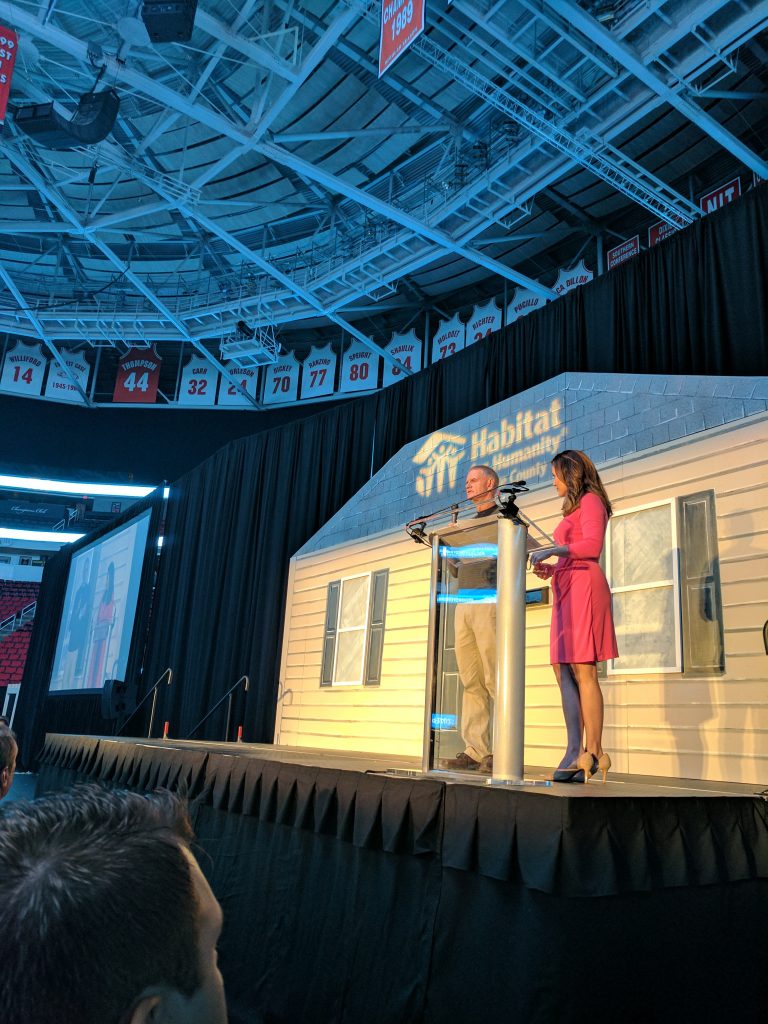 HFH Wake President Kevin Campbell speaking of their impact in the community, alongside Amber Rupinta of ABC11. 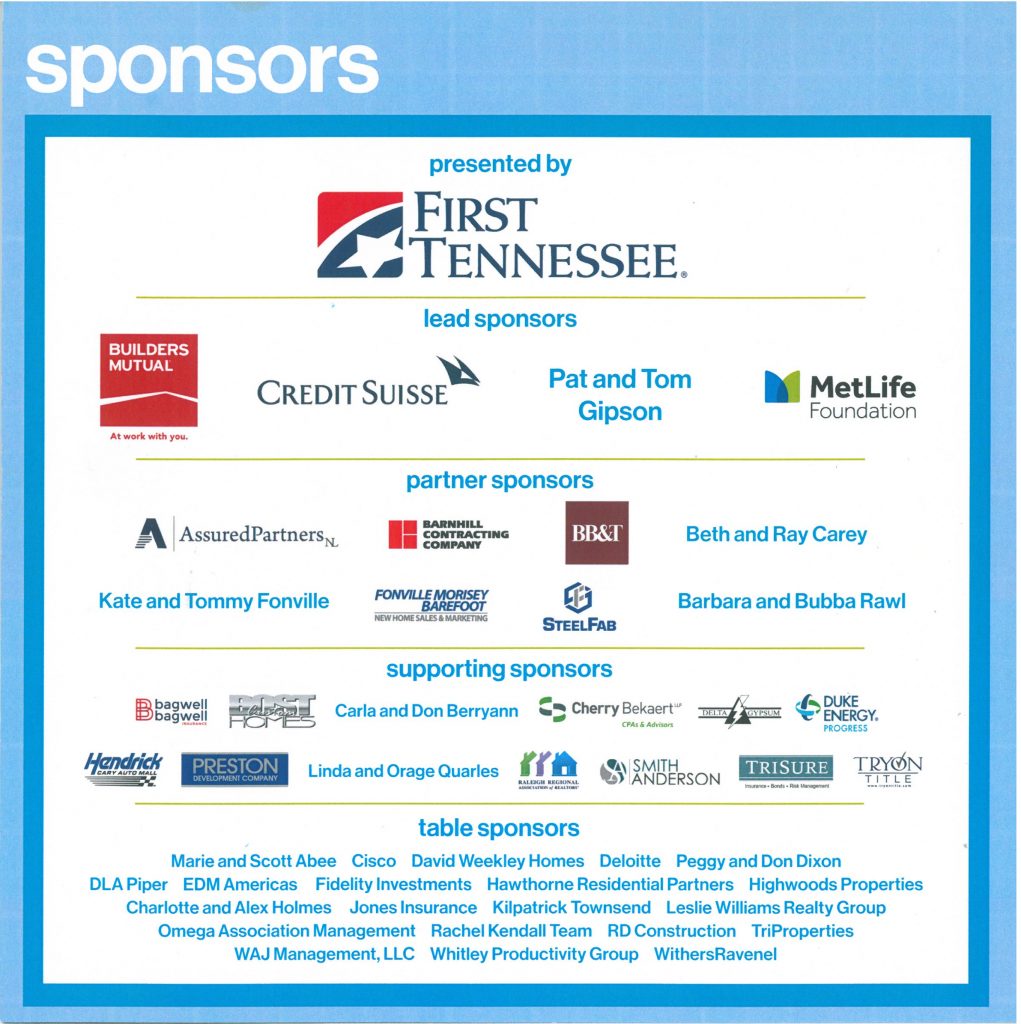 Bravo to all the sponsors who helped fund these three homes!

There were over 650 in attendance at the event, including some past Habitat home recipients. One of which, the Buonya family, gave their testimony on how Habitat changed the course of their lives and allowed them to thrive as an immigrant family in America. Their children are now going to college and gaining professional careers, which was tremendously supported by them having a stable place to call home.

We are so thrilled with Habitat’s work in the community that Bost Homes will be participating in the 2017 Builder Blitz in June. More on that to come soon!

Our Own Eric Sherman Raises Money for Child Cancer Research

This March marked Eric’s 5th time shaving his head to raise money for the St. Baldrick’s Foundation. Bost Homes was happy to be one of the donors that helped him raise $1,305 for St. Baldrick’s this year. Some of our team members made it to the Raleigh Beer Garden to celebrate with all the supporters the accomplishments of the St. Baldrick’s Foundation. Their strategy of issuing locally raised funds to local university hospitals and research firms is a proven method that not only makes advancements in cancer treatment, but also helps keep the money in the local economy and strengthens local institutions. 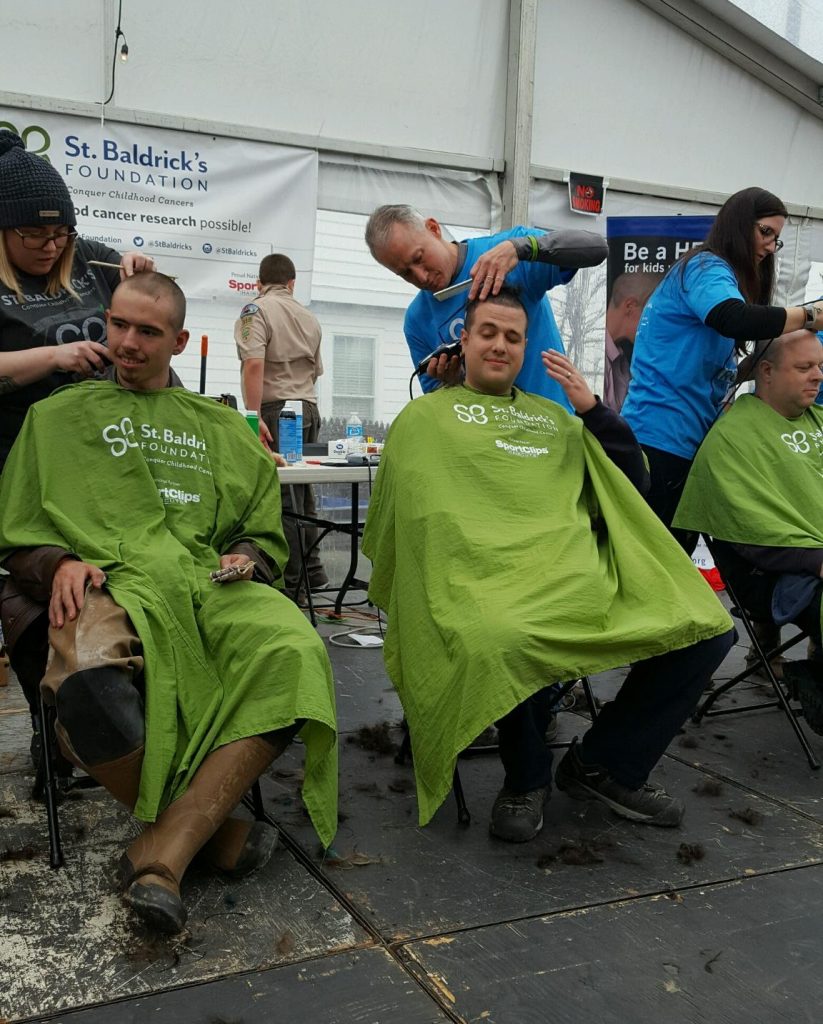 The moment of glory 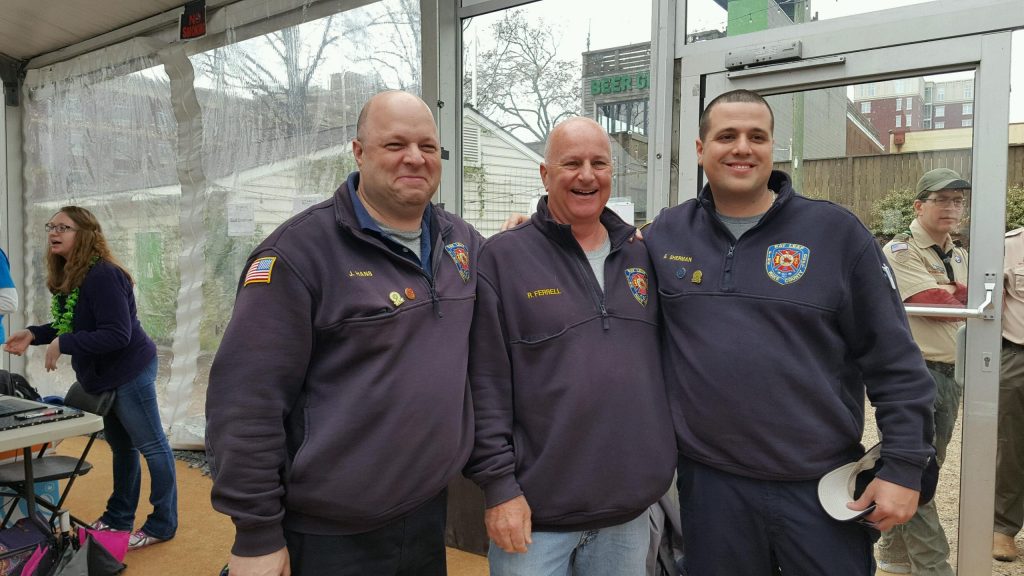 An all around philanthropic guy, Eric is also a volunteer firefighter 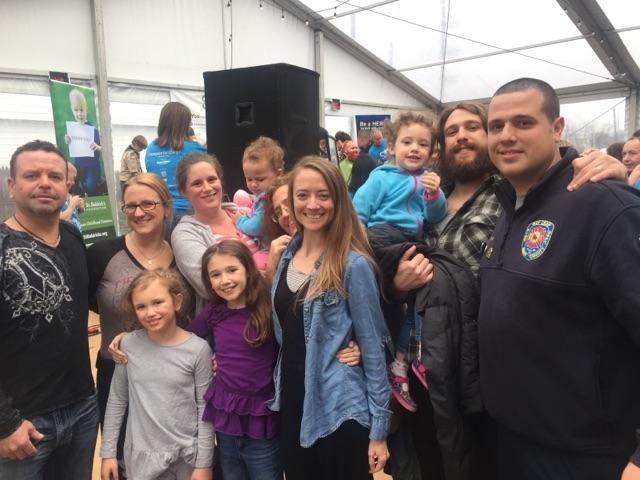 The whole family was present!

A Ceremonial Groundbreaking at The Lodge at Avalaire

Albeit after the project start, we recently had a ground breaking ceremony at The Lodge at Avalaire giving all our team members an opportunity to walk through the home and hear “the vision” for the finished product from Rex and Grant Dickens, the project manager.  We also used this time to pause and bless the land, as we do for all of our projects, and ask for a safe and successful build out. 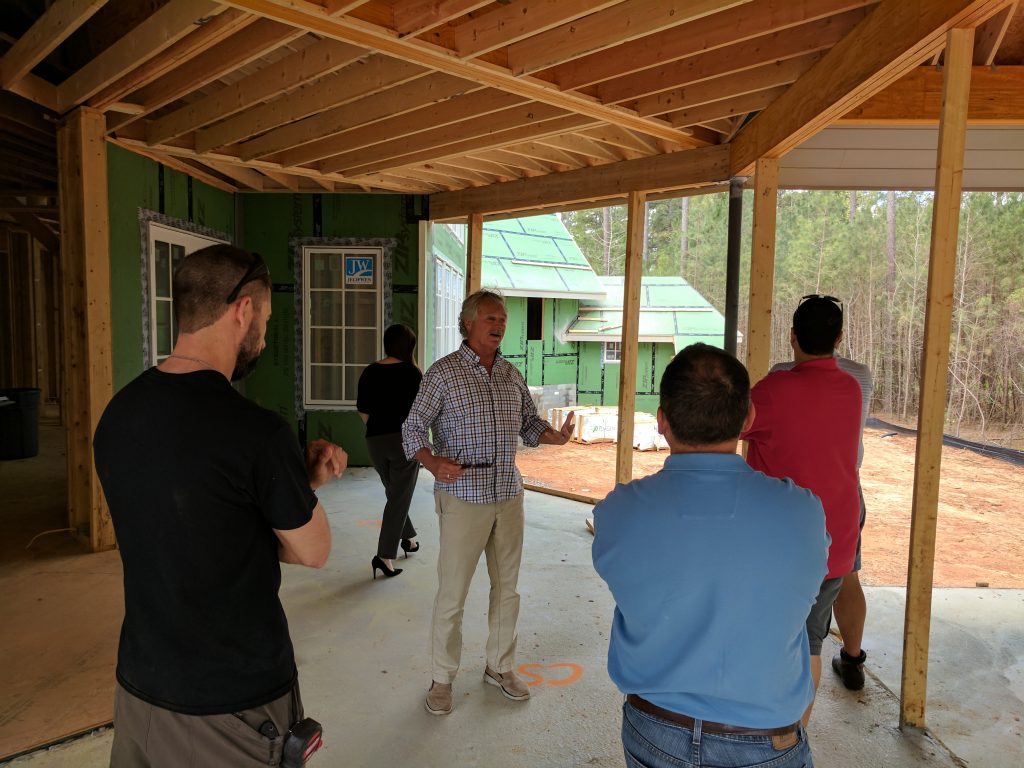 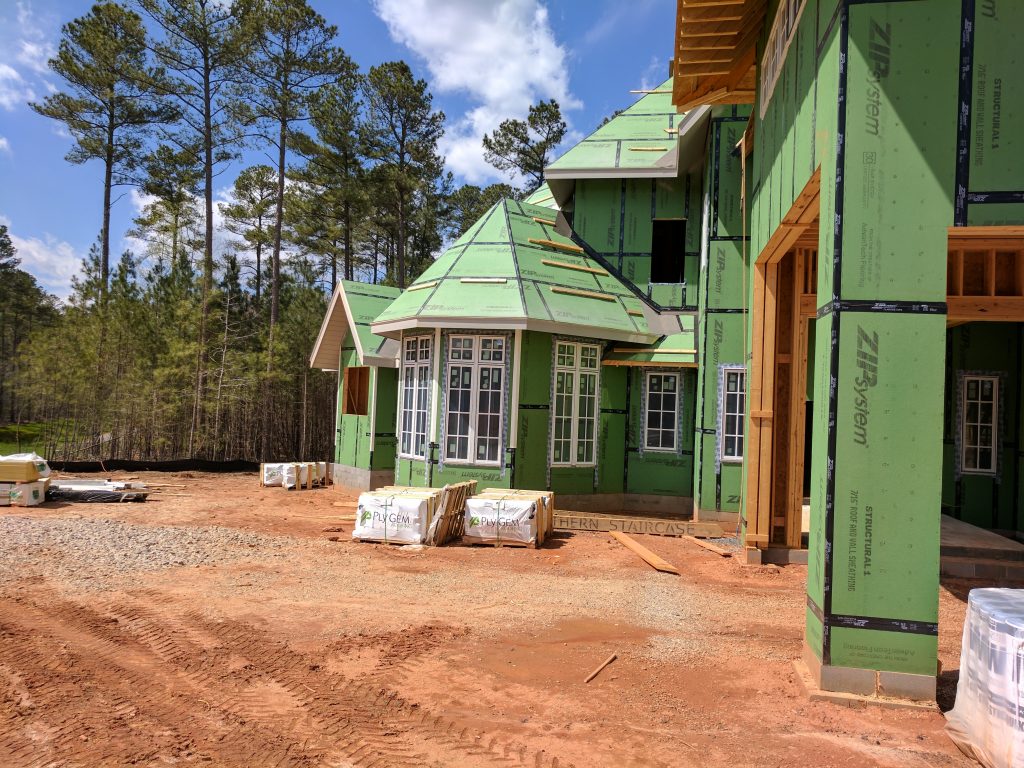 The windows are almost all in! 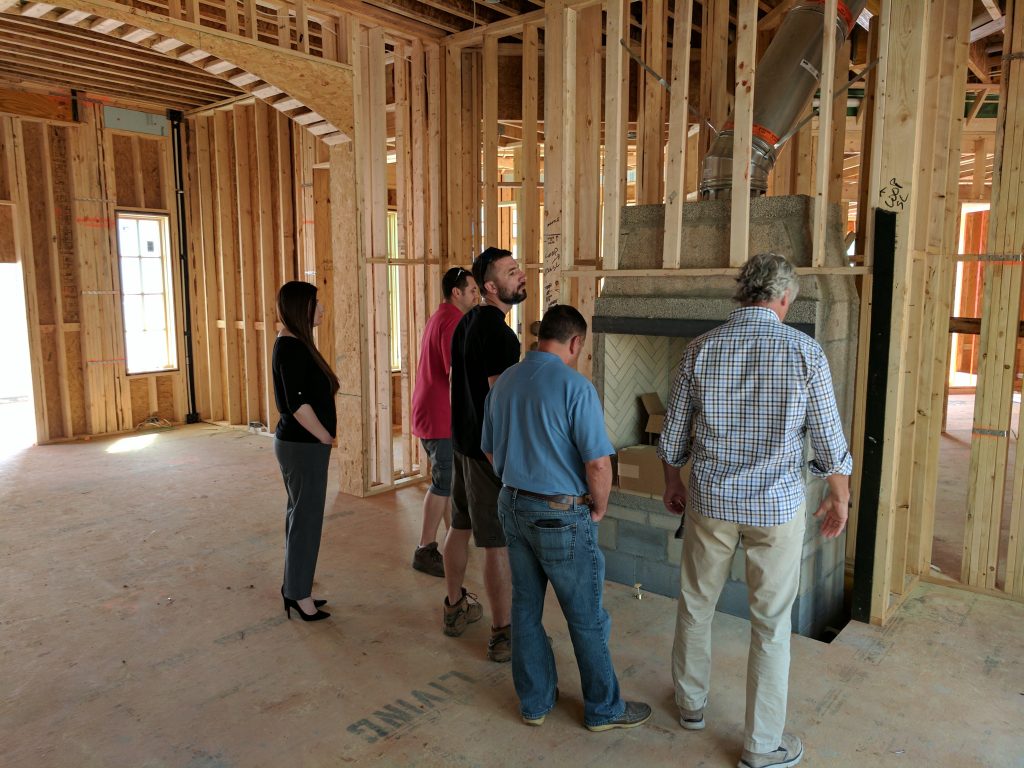 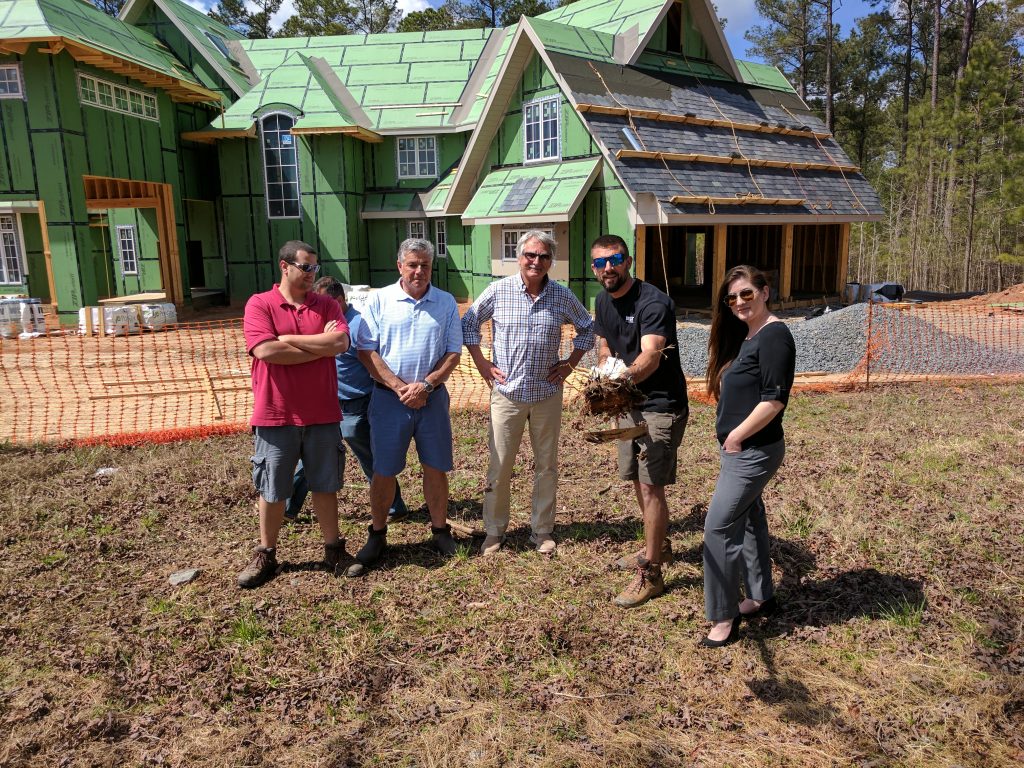 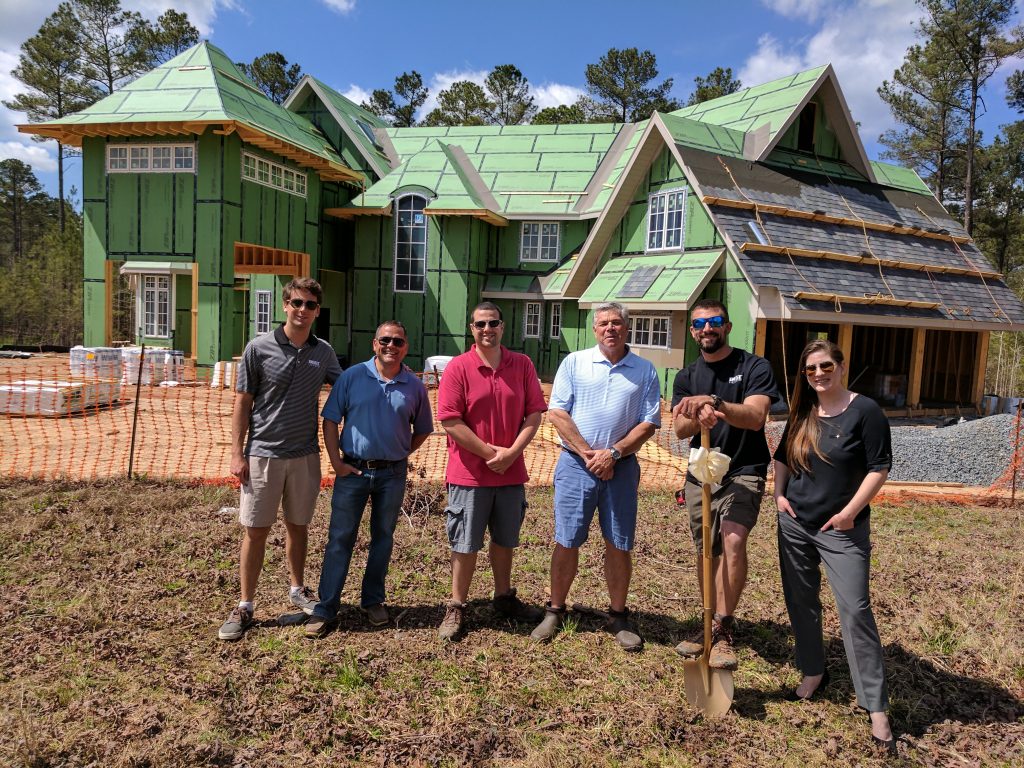 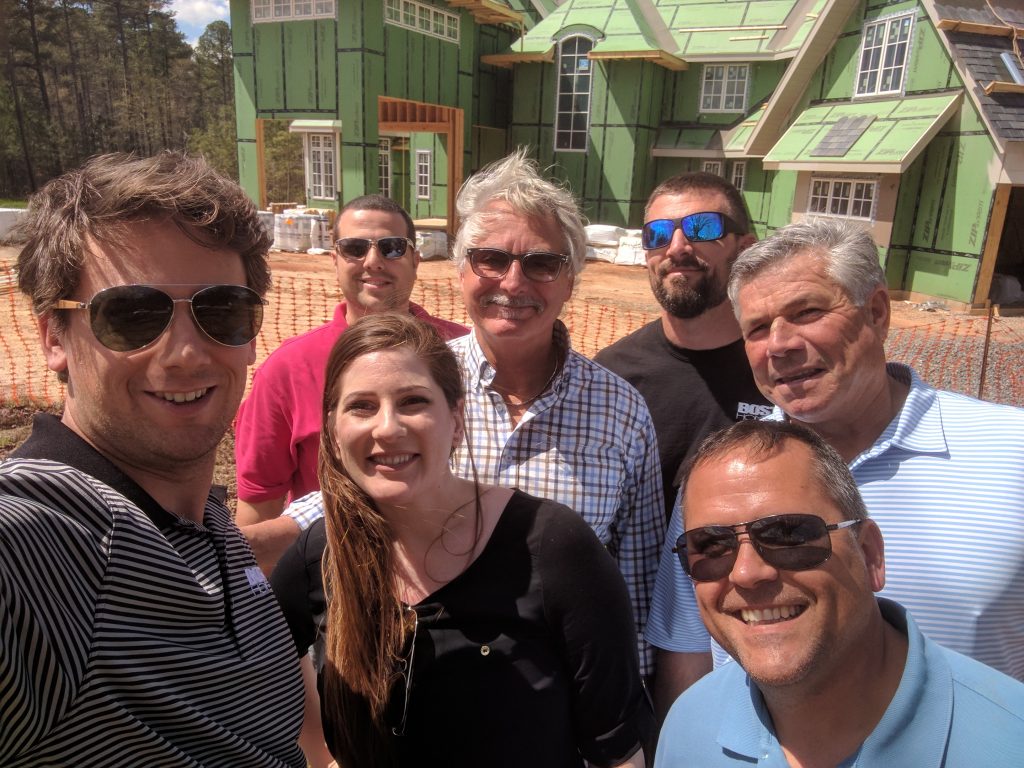