2016 has been an explosive year for the Triangle residential market thus far. Economic and population growth has spurred housing demand, which resembles pre-recession levels. This was evidenced further by the number of entries in this year’s Triangle Parade of Homes. Although Bost Homes did not have a Parade Home entry this year, we attended the awards banquet for other reasons. 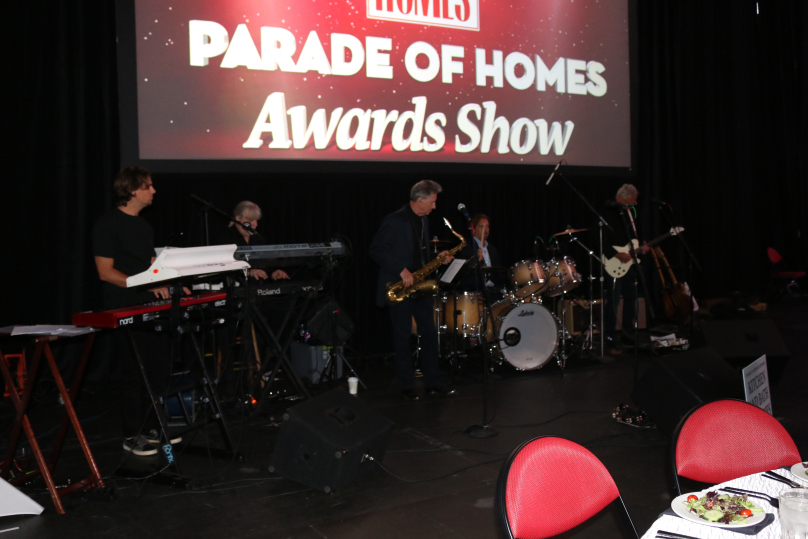 Rex helped found the official Triangle P.O.H. band, Behind Schedule, which has performed the awards ceremony for the better part of the last two decades. This year I was thrilled to join the ensemble alongside of my father, Jim Sheppard of BMC, Kathy Messina of M/I Homes, Eddie Blair of Blair Commercial Realty, and Bland Sawyer of Rex’s former rock band Sidewinder. We played snippets of classic and modern party tunes in between award announcements throughout the evening, congratulating winners as they walked by with their award.

On our set list/itinerary for the evening was a snippet to be played for the Judy Richardson Lifetime Achievement Award winner, which we had prepared “Don’t Stop Believing”. Little did Rex know, but he would not be able to join us in playing this snippet because he was the winner. During the description of the winner he was too enthralled in preparing for the next song to catch the initial hints, but once he caught on that he was about to accept the award he was obviously shocked:

He was completely surprised and honored to win this award, as was he to learn that his wife Brenda and many from our team were in attendance at the banquet. After he accepted the award, Brenda, Grant, Pedro, and Staci appeared to congratulate him. 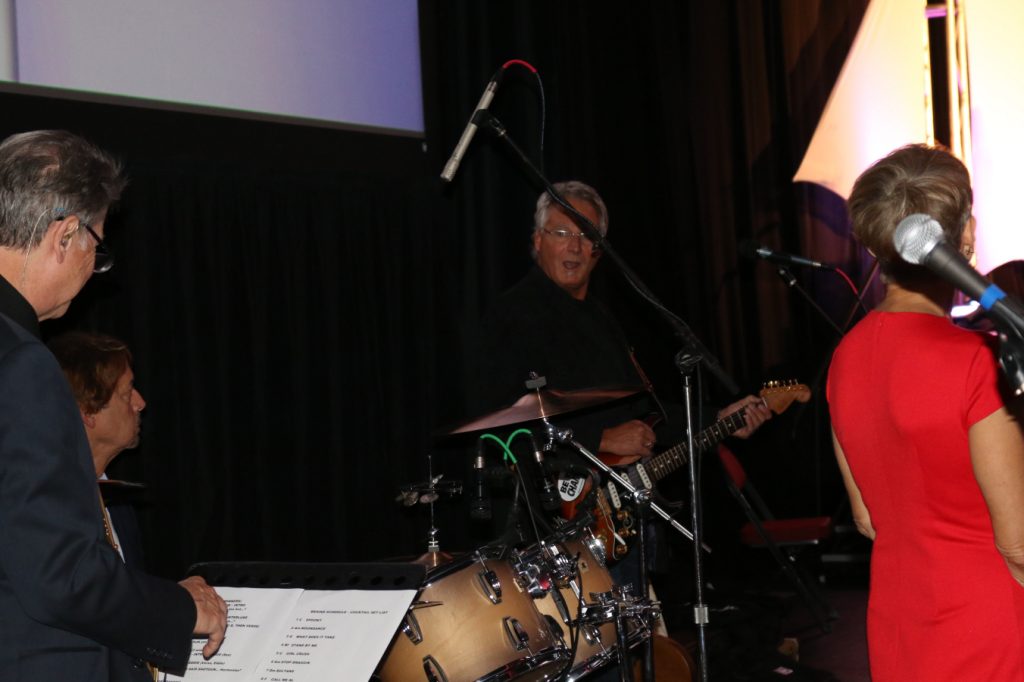 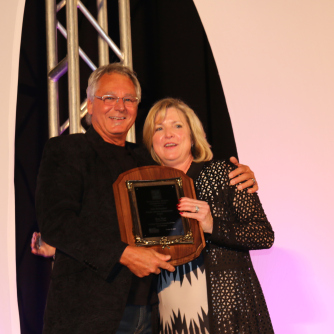 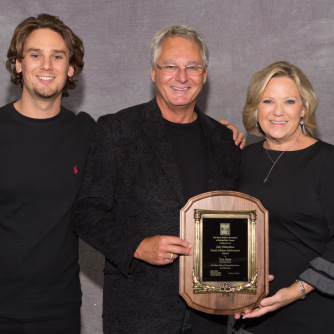 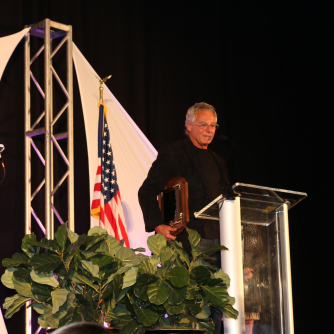 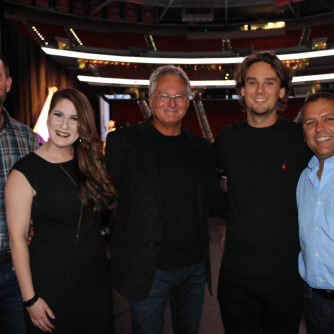 Every year we present a special Lifetime Achievement Award to a member of our association who has dedicated years to serving this association and has played a major role in the success of the Parade of Homes. This year’s winner is a builder who has consistently focused on excellence in both building and the client experience. He also has a strong desire to give back to both the building industry and his community. And he’s a bit musically inclined as well.

He and his wife Brenda are both originally from North Carolina and have called the Triangle home for over 35 years, raising both of their children here. He began his career in the home building industry as a stone mason and quickly realized that his ultimate dream was to build houses and founded his building company in 1986 with the principles of the importance of character, a strong work ethic, and integrity.

He takes pride in staying ahead of industry trends and technology, designing the Free Rain system and being one of the first to introduce built in recycling centers in the early 90’s. He is known for his unique Parade homes – everyone remembers that guitar shaped pool from 2005, right?

He built not one, but two charity homes – the Showcase for a Cure homes in 2004 and 2006. All proceeds from these homes stayed locally to benefit the Leukemia and Lymphoma Society of NC and he succeeded in raising over $600,000 total between the two homes. $600,000!

His drive to give back is a key essence to how he runs his business and his life. Using his skills as a builder, he has done mission work in Honduras, Haiti, and Africa building homes, churches, and schools, as well as a trip to Mississippi after Hurricane Katrina to help rebuild communities there. He and his team have also built multiple Habitat for Humanity homes in the early 2000’s.

He served as president for the Raleigh-Wake HBA in 2002, was a key player on the Parade committee in growing our Parade in the late 1990’s and early 2000’s, was a member of the board of the Leukemia and Lymphoma Society, is a member of the National Custom Builders Council, and is the current Vice-Chair of the North Carolina Contractors Licensing Board, a position appointed by the governor.

But let’s talk about his true gift to the Parade. For many years, we’ve enjoyed our Gala with the rockin’ music provided by our “official” Parade band, Behind Schedule. Our Gala would truly not be the same without their musical contributions and talent for energizing this crowd.

If you haven’t figured it out by now, Ladies and Gentlemen, please join me in honoring tonight’s Parade of Homes Judy Richardson Lifetime Achievement Award Winner: Rex Bost!

This was a tremendous honor for Rex and our company and we would like to thank the Triangle Parade of Homes committee for selecting Rex to receive this award! As always, we will continue to push for excellence in building and in maximizing our clients’ experience as we build dream homes together. 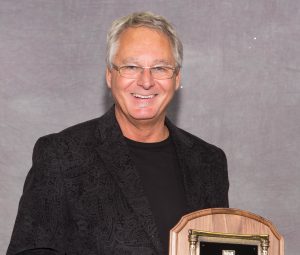