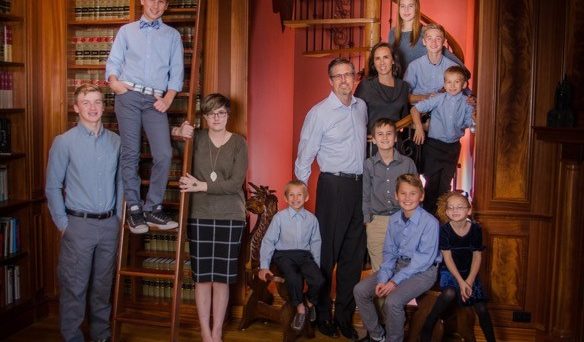 What does it mean to live in a truly custom home? For Tony and Lesley Biller and family the answer is not measured in the number of flooring options, window styles, or even plan revisions they reviewed throughout the process. Their story is much more impactful and intangible.

The Billers initially met with Bost Custom Homes after a long and presumably complete design process. They had commissioned architects and design firms to develop a house plan and were ready to select a builder. Rex Bost, president of Bost Custom Homes, met with them on their lot to fully envision the way their home would orient on the land. After acquainting with them, their goals, and reviewing the plan, he noticed many areas for design improvements to better accommodate their wishes.

“After talking with us for a while Rex probed, ‘You aren’t that excited about this plan, are you?’ He got to the heart of the matter and assured us that he could do better”, Tony recalls. “Rex asked for two weeks to send some concept drawings for us to consider.  Two weeks later he sent drawings that reflected what we had been trying to accomplish for years.  A few weeks later he sent concept elevations that absolutely nailed the look we liked.  Home run.  We threw away the old plans and contracted with Bost Custom Homes.” 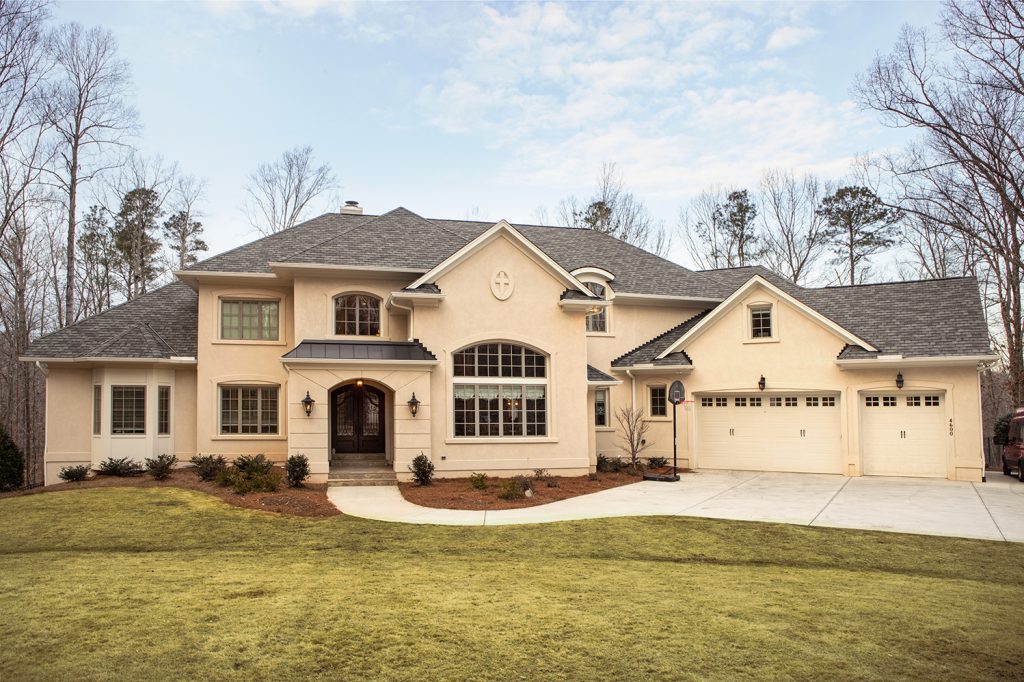 Around this time, the Billers’ oldest daughter asked if they could host a group of six siblings from a Latvian Orphanage for Christmas, and the family graciously agreed to open their home up for the month of December. By the end of the holiday, the Latvian children ranging in ages from twelve to five felt like part of the family. So much so that the Billers decided to adopt all six siblings, five boys and one girl, in addition to their two daughters and two sons. “We felt a peace after we had made the decision to adopt, and we knew it was the right decision.” Lesley remarks. Their family doubled in number, but the footings had already been poured on their new home.

After the adoption, the focal point of designing their dream home shifted to accommodating ten children comfortably, and ensuring that their lives would remain organized. The Bost Homes team quickly formulated a plan to increase living space within the footprint, add convenience/organization features, and create more bedrooms! The first order of business was converting the planned rec. room into a large bedroom for three boys, and opening the adjacent bath so that five boys could share. That bathroom was expanded into the new bedroom to make room for an additional shower stall, and the vanity was widened to fit a trough sink so all five boys could brush their teeth together! 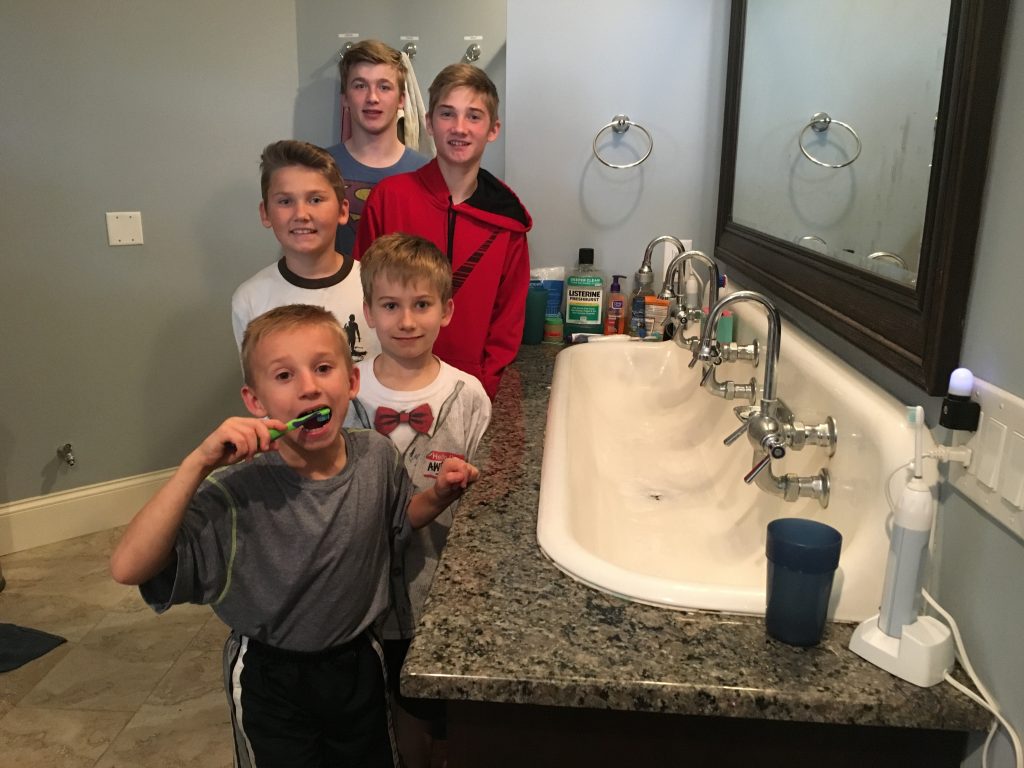 For their three daughters, plenty of closet area and a chance to “escape” became important. We tapped into planned unfinished space to expand closets and create secret hideaways off the girl’s bedrooms. The kids love these secret rooms; one has been transformed into a craft room, one into a cushy cave for lounging, and one into a toy land.

For Tony and Lesley, the most useful modifications affected the organization of the home. Lesley homeschools all the children, so the classroom had to be expanded and cubbies added.  The laundry and mudroom were swapped to allow more room in the mudroom for additional cubbies. The elevator was removed from the plan, and instead a large storage closet in its place. Finally, Bost Homes commissioned a custom swing-set for the backyard that was modeled from the swing at the orphanage in Latvia where the children previously lived. 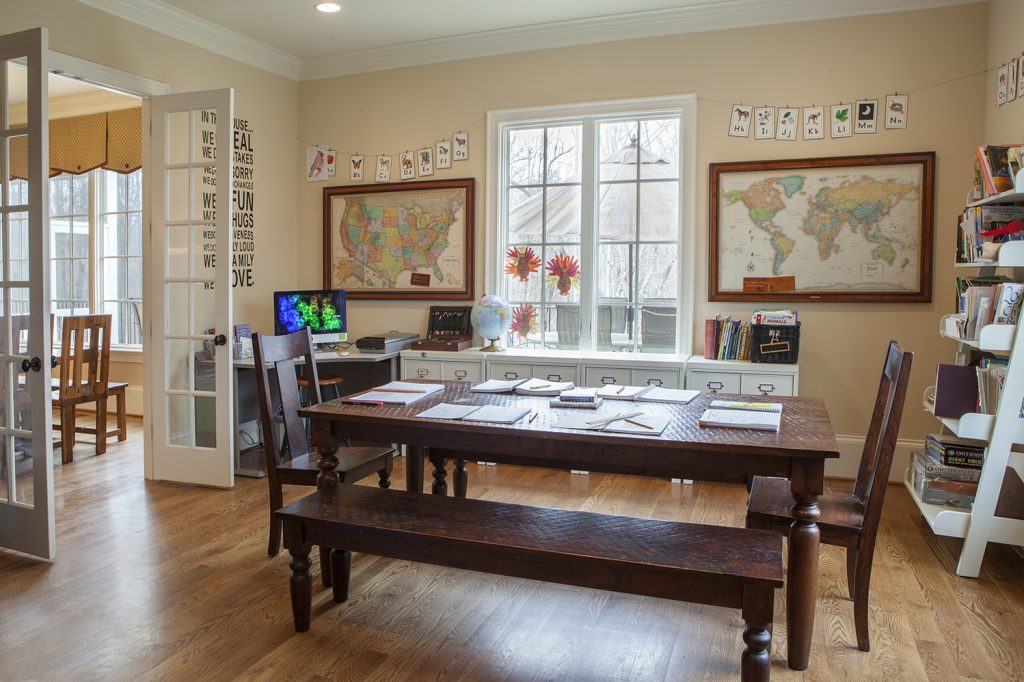 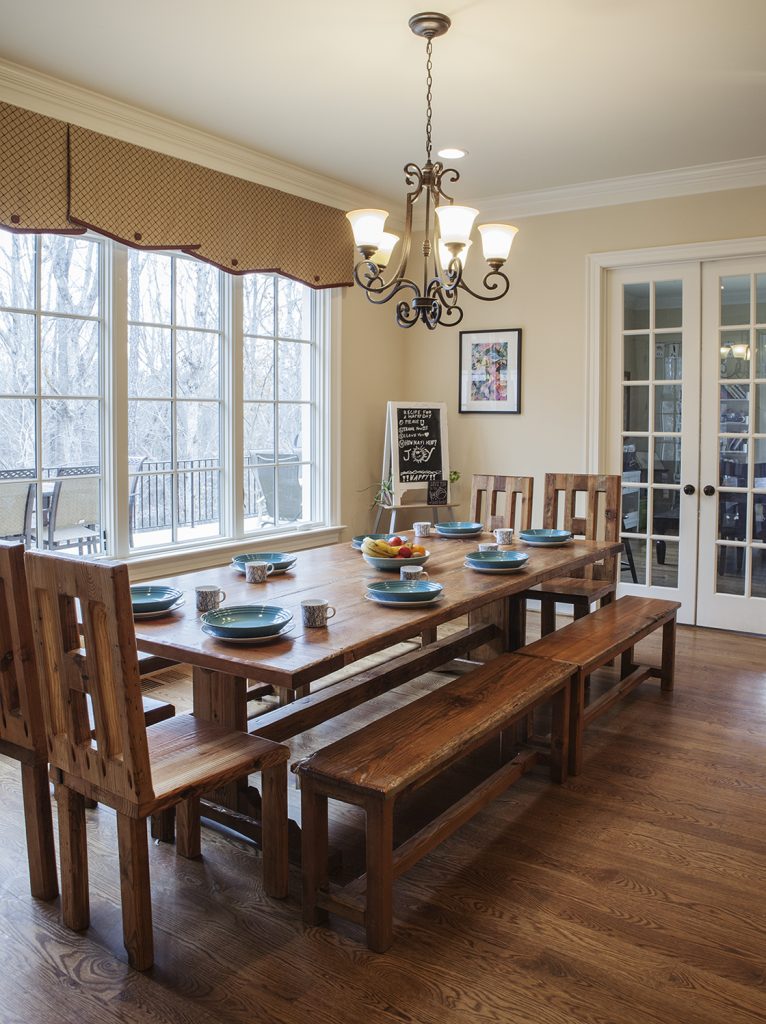 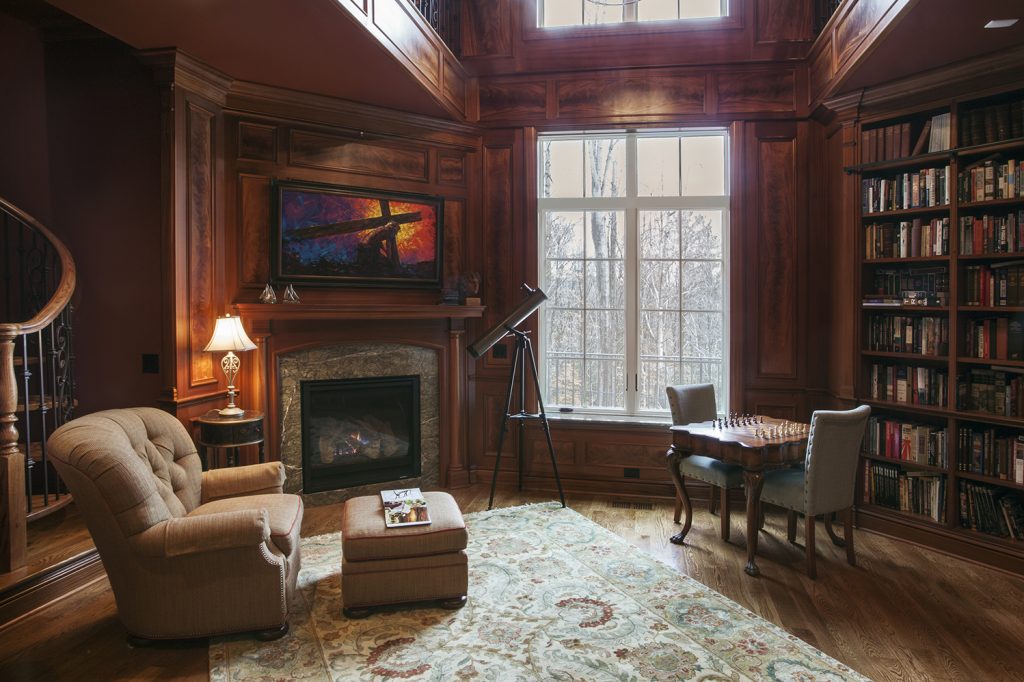 For the Biller family, living in a custom home means that the home fits their life like a tailored suit. Every square foot was analyzed to provide comfort and value to their extraordinary family, and every detail has a story rooted in love for their children. We are honored to be a piece in the Biller’s story, and enamored at their noble decision to raise and homeschool six adopted children.