Grant, Brenda, Rex, and Eric soaking it in at the International Builder’s Show.

It’s that time of year again, when an overwhelming amount of building industry professionals converge under one (two, three?) roof(s) for the National Association of Home Builders International Builders’ Show. Members of our team attended the event which took place January 9 – 11 at the Orlando convention center. Grant, Eric, Rex, and Brenda were enlivened by the sea of 1,500+ companies and manufacturers that are helping to define the future of home building.

The conference floor was spread throughout three separate buildings, each with 100,000+ square feet of exhibitors strutting their latest and greatest. For every familiar exhibitor, there were a dozen new to us or new on the scene brands in a similar product space. Given the breadth of goods and services companies, workshops, and presentations, the Bost team had to divide and conquer. They attended hands on presentations about building science/building performance and what to expect in the home building industry from the exponential growth of technology. 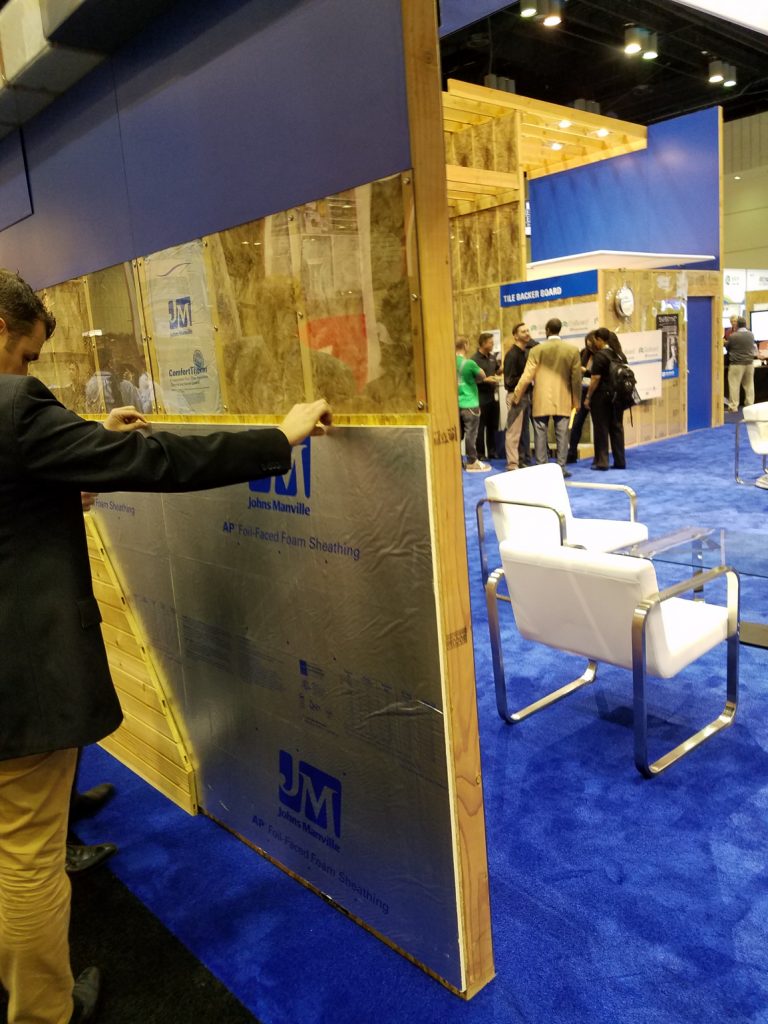 Eric checking out an insulated sheathing plus radiant barrier product. 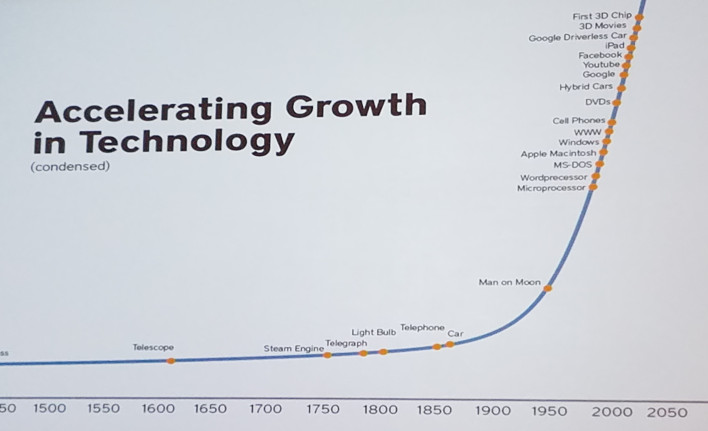 Indeed, the exponential growth of technology was a big theme at IBS this year. Particularly there was emphasis on the speed at which new technologies and product developments will shake up industries, and the imperativeness of being prepared for those changes. One of the explored examples was the staggering growth of Lyft and Uber within the public transportation industry. In less than a decade from inception, Lyft and Uber together are worth more than all the taxi companies and all the rental car companies combined. Talk about flipping an industry upside down! It’s hard to say what other industries will get upended by rapidly scalable technologies in the coming decade, but it’s foolish to think it won’t happen. Self driving vehicles, automated drones, virtual reality, large scale 3D printing, and artificial intelligence will continue to improve at rapid pace and likely change the business world as we know it in the next decade. Time to prepare!

It’s been a busy winter at Bost Homes with holidays, conferences, delivering homes to homeowners, and breaking ground on new projects. Encountering new technologies and process efficiencies amidst this busy time has been impactful — big changes coming soon to our process!